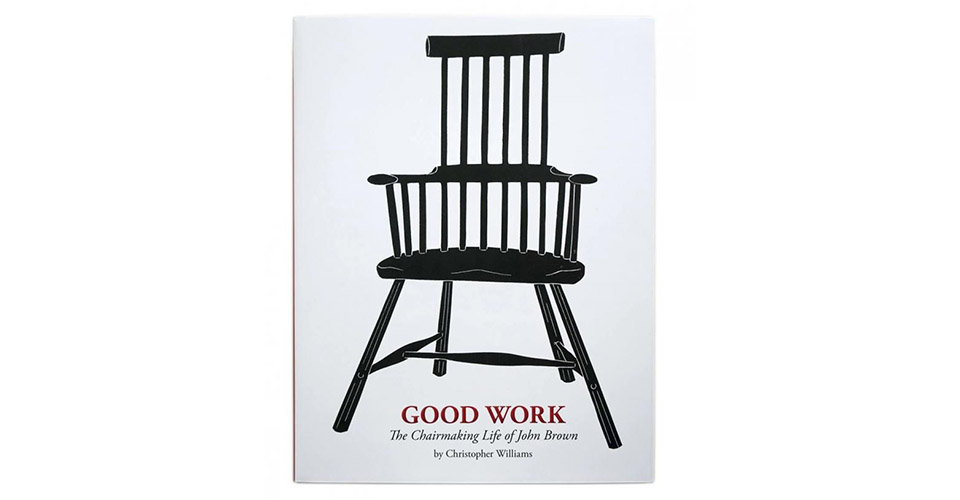 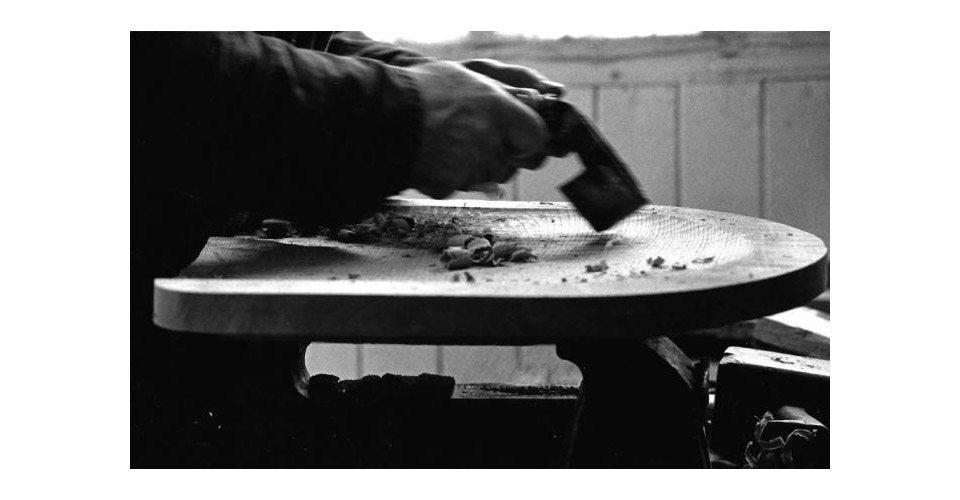 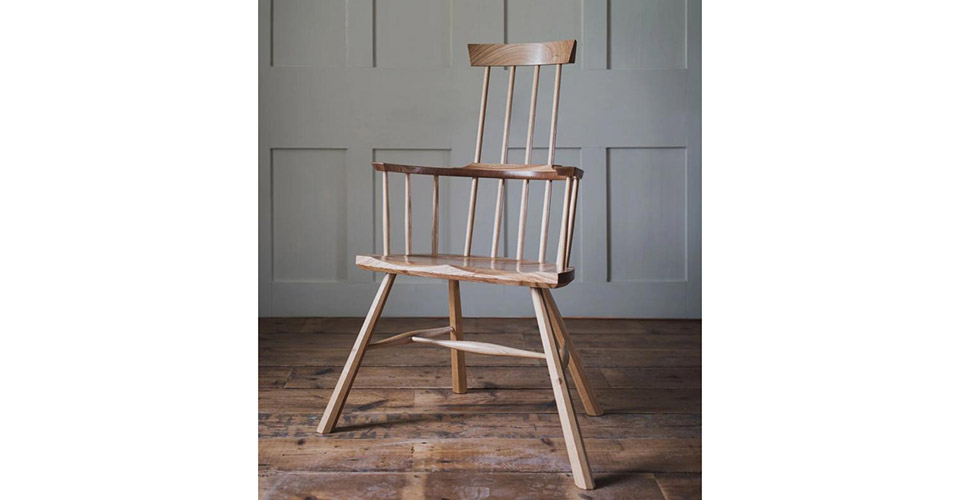 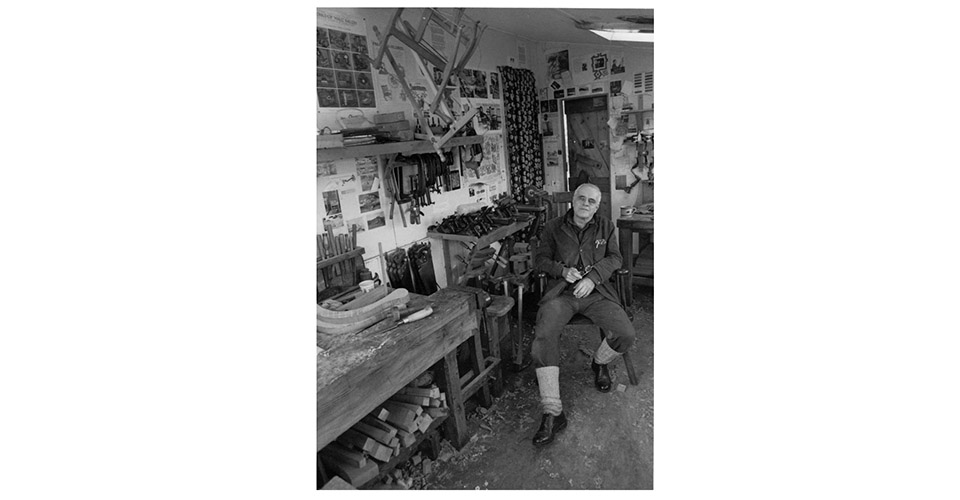 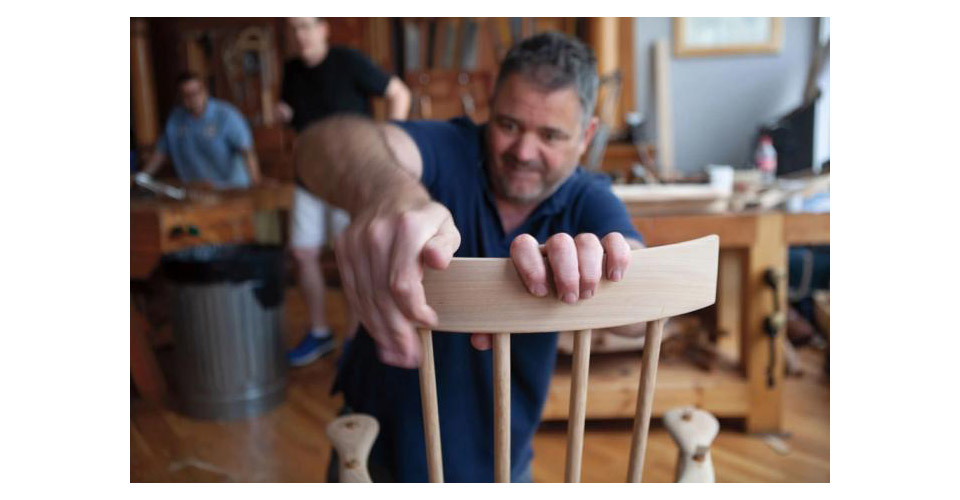 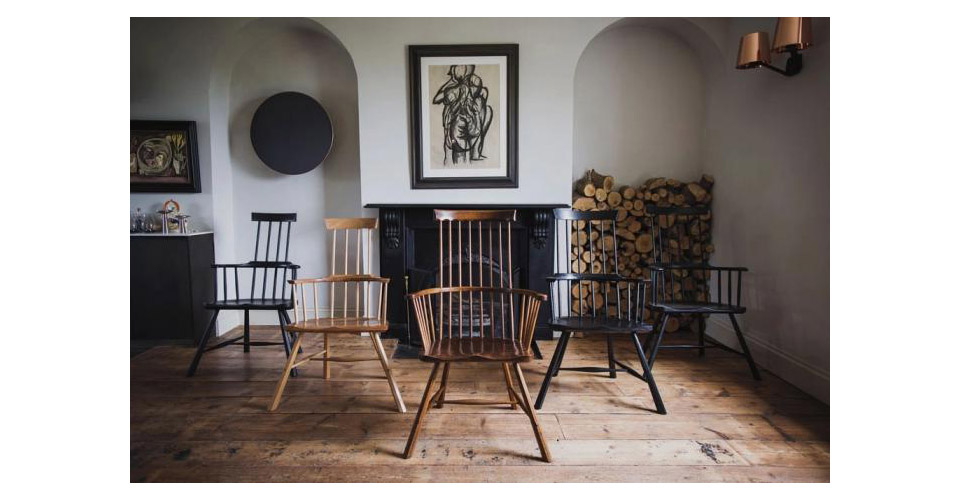 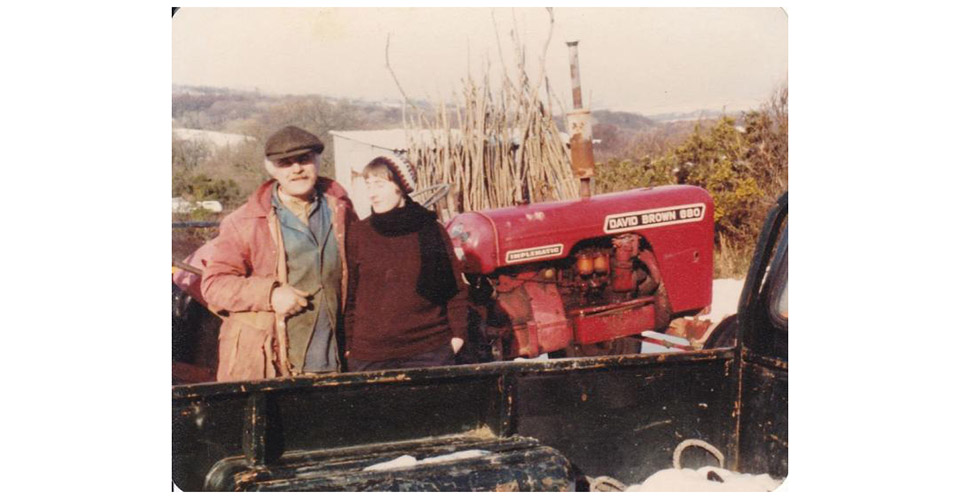 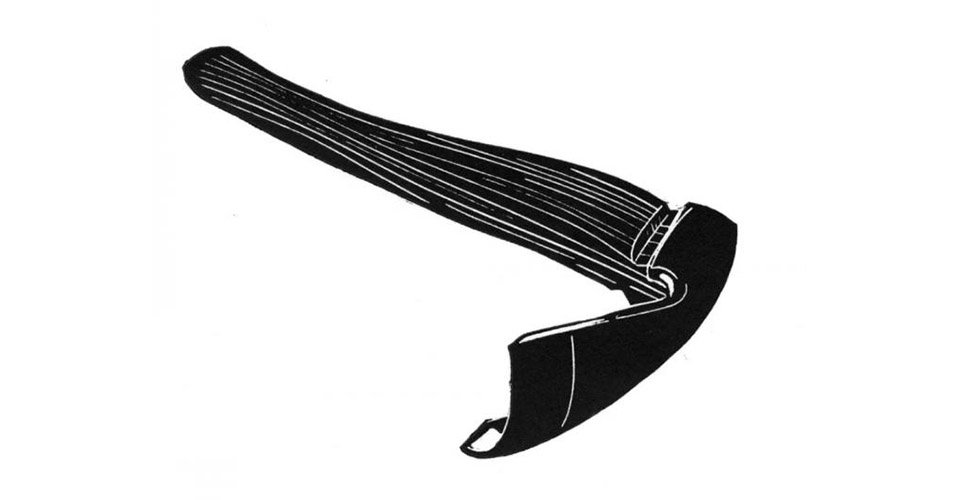 “Good Work: The Chairmaking Life of John Brown” by Christopher Williams is the first biography of one of the most influential chairmakers and writers of the 20th century: Welshman John Brown. The book’s title of “Good Work” was an expression John Brown used to describe a noble act or thing. He once mused he wanted to create a “Good Work” seal that could be applied to truly beautiful and handmade goods – like the “Good Housekeeping” seal of approval.

“Good Work” seeks to challenge the way you look at woodworking through the lens of one of its most important 20th century figures. And though this appears to be a book on chairmaking, it’s much more. Anyone who is interested in handwork, vernacular furniture, workshop philosophy or iconoclastic characters will enjoy “Good Work.”

Author Chris Williams spent about a decade with John Brown in Wales, building Welsh chairs and pushing the form forward. This book recounts their work together, from the first day that Chris nervously called John Brown until the day his mentor died in 2008. The book offers essays from the people directly involved in John Brown’s life as a chairmaker, and also allows John Brown to speak for himself in 19 of the man’s best columns from Good Woodworking — the ones that inspired devotion, provoked anger or caused people to change their lives.

Chris then shows you how he and John Brown built chairs during the later years together. These methods are different than what John Brown showed in his book “Welsh Stick Chairs,” going into detail that hasn’t been published before. Chris covers the particular tools that Brown preferred and gives you more than enough information to build a beautiful Welsh stick chair. But, just to be clear, there are no dimensioned plans included in this book. To honor his mentor’s wishes, Chris instead shows you how to build a chair the way John Brown showed people to build a chair. Yes, there are dimensions. Techniques are clearly and cleverly explained. But there are some things left for you to work out – things that will make your chair your own – not just a copy.

208 pages, 8-1/2"x11", full-color book filled with historical photographs and beautiful linocut illustrations by Molly Brown, one of Brown’s daughters. The books pages are sewn, glued and taped to create a book that will last for generations. Printed and produced in the United States.